GOVERNMENT SHUTDOWN AND ITS IMPACT ON FOODSHARE IN WISCONSIN

I was surprised to see that Wisconsin ranked as the 46th most-affected state when it comes to the government shutdown impact on FoodShare benefits. The partial federal government shutdown has lasted nearly 3 weeks and could extend even longer if House Democrats and President Donald Trump don’t come to a agreement on “THE WALL”.

In the meantime the FNS has directed Wisconsin to issue FoodShare Benefits for the month of February on or near January 20, 2019. Many are worried about the negative impact this may have on low income communities. Let’s hope this government shutdown is resolved before any negative affects take place. 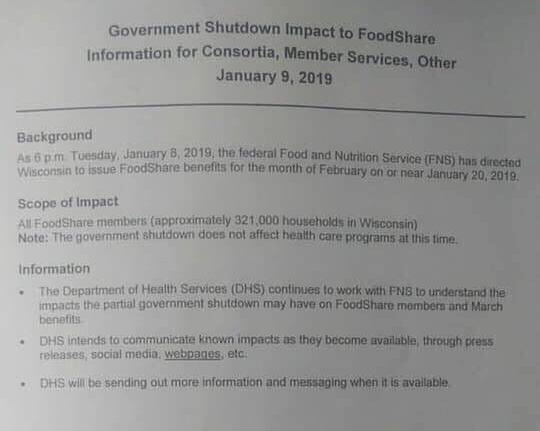