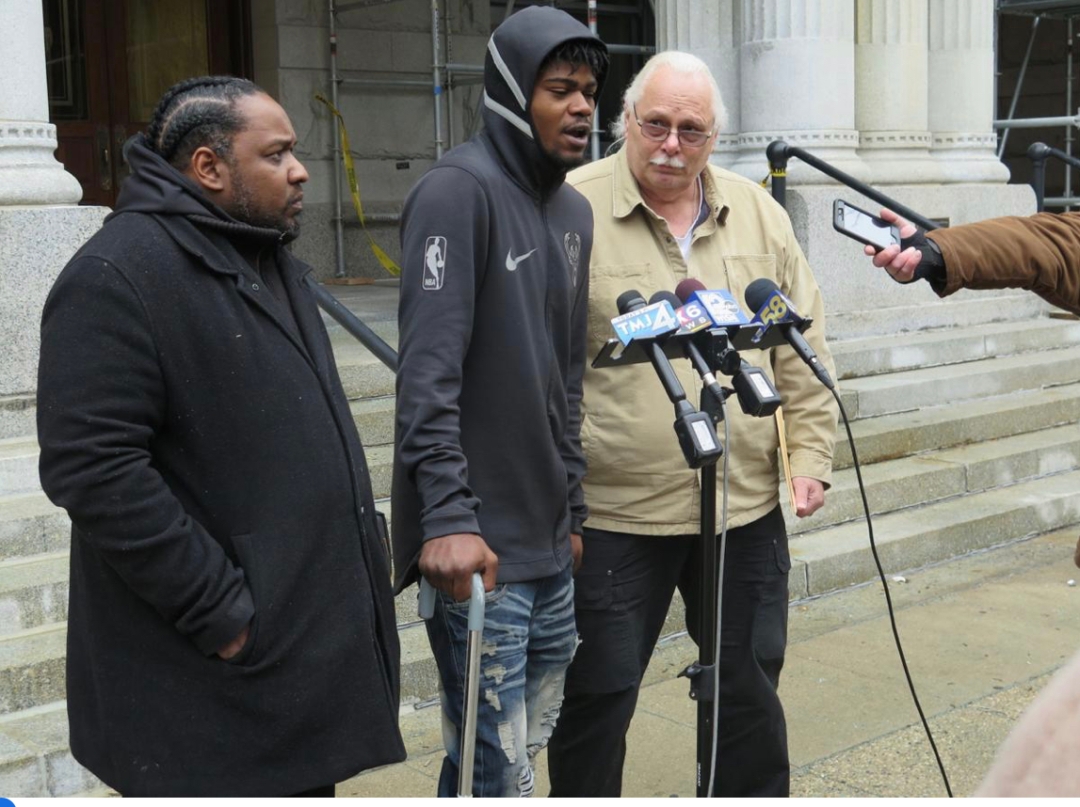 AP: Ivan Moreno Jan. 6 2019
In this Nov. 29, 2018 photo, Jerry Smith speaks during a news conference in front of the federal courthouse in Milwaukee. Shot by police in August 2017, his right leg is partially paralyzed. Smith wasn’t charged with a crime and has a pending federal lawsuit against the police, alleging officers acted “with deliberate indifference.” “I had my hands up. It’s on them,” Smith says. At left is Tory Lowe, a community activist supporting Smith’s cause, and at right is Daniel Storm, a private investigator working on Smith’s case. (AP Photo/Ivan Moreno)